On Wednesday 14th December I was lucky to collect a Lloyd's Charity Award.
The Lloyd's Market Charity Awards are donations to charities supported by individuals from across the Lloyd's market. The awards are run by the Lloyd's Charities’ Trust, a grant making charity which provides charitable donations on behalf of the Lloyd's market.
Donations are given to charities supported by individuals working in the market in recognition of their fundraising and voluntary work, and to charities that have given invaluable support to those in the market whose lives have been affected by difficult circumstances.
I nominated the Keratoconus Self-Help and Support Association for a £2,000 award and out of 60 applications I was very lucky to have been selected amongst 29 other inspirational causes.
I invited two members of the charity (Anne Klepcz and Dave Gable) to the ceremony, who found it an inspiring experience and fascinating to see the inside of the Lloyd's building.

Since October 2013, when I started fundraising for the Keratoconus Self-Help and Support Association, with a huge support from Barbican Insurance, by the end of 2016 we would have raised a total of £22,500. This has had a huge impact, with the charity being able to approve a grant for research at Moorfield's Eye Hospital. We will also been continuing our support so the charity are able to approve more research going forward. 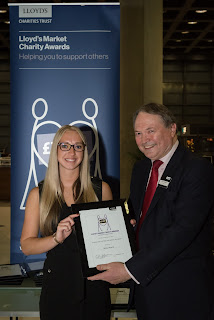 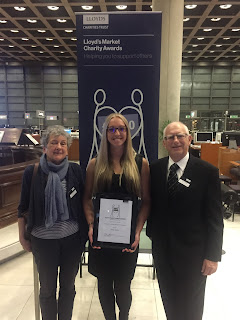 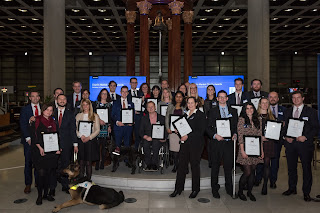 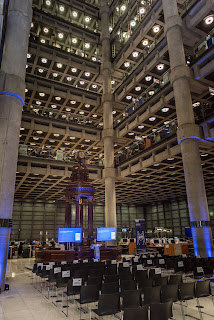 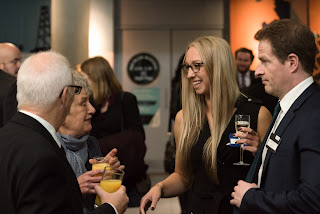 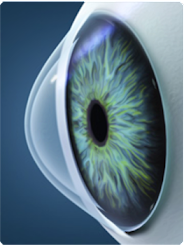